"A sincere artist is not one who makes a faithful attempt to put on to canvas what is in front of him, but one who tries to create something which is, in itself, a living thing." - Sir William Dobell

The goal of Stillwater Artisanal is beer as living art and their desire is to offer something new and intriguing- something more than just a fine crafted beverage, They draw their inspiration from the world around, whether that be a season, location, or even humanity itself.

Stillwater Artisanal- nomadic brewing venture- a  was founded in 2010 by Brian Strumke, a former internationally renowned techno DJ and music producer who rather quickly made his mark in the homebrewing community for his often odd concoctions and unconventional brewing methods.  Without the grounded restrictions of a full-blown brewery, Brian travels the world hand-crafting small-batch, creatively authentic ales at different breweries.

Stillwater Artisanal was awarded '#2 Best New Brewer in the World' by Ratebeer.com in 2011 and Brian continues to sit among the worlds top ranked brewers.

The rapid success and demand for Stillwater Artisanal has lead to distribution in 40 US States, Europe, South America, Asia, and Australia.

Sign up for this master class with creative founder, brewer, (DJ and Music producer): Brian Strumke. We will also be trying some of his highly ranked beers. You are welcome to get inspired! 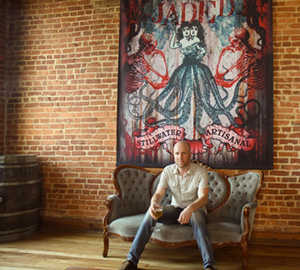 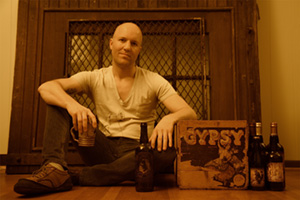