PROVNINGAR
MASTER CLASSES
Master Classes → Made in the USA

Made in the USA


Flavor, Diversity, Style – the USA is the motherland of the global craft beer movement. American brewers have been and still are inspired by the great European brewing cultures - and they return the favor:
As the craft beer movement in the USA grows, more American brewers offer their expressive creations in Europe, notably Sweden, which has become the largest European export market for American craft beer – a good reason to showcase the multifaceted U.S. beer culture at Sweden’s foremost festival. Get a taste of flavor-forward American craft beers and learn about the diversity of styles with Sylvia Kopp, new Ambassador of American Craft Beer in Europe for the Brewers Association.

As one of Germany’s leading beer sommeliers, Kopp is co-founder and leader of Berlin Beer Academy, a school  for trade professionals and consumers devoted to exploring the pleasures of beer. She is a jury member at international beer competitions including the World Beer Cup®, European Beer Star and Brussels Beer Challenge. In September 2014, her book Barley & Hops: The Craft Beer Book was released by Gestalten publishers in English and German. In June the Brewers Association appointed her Ambassador of American Craft Beer in Europe. Kopp follows on Andreas Fält. 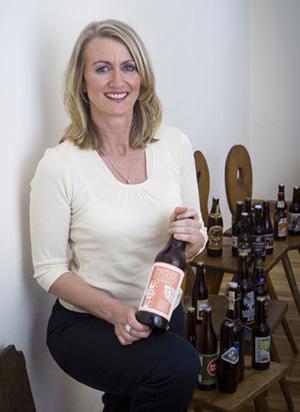