Garage Project is a New Zealand company based in Wellington that pushes the boundaries with every batch of beer. They were awarded the best brewery in NZ by the Society of Beer Advocates in 2014.

Starting on a tiny pilot brewery in the old petrol station in Aro Valley, Garage Project produced more than 40 different beers in their first year of brewing in Wellington. They are committed to experimentation, doing something new, and frequently collaborating with talented people of all kinds. The two friends behind the brewery, Jos Ruffell and Pete Gillespie, modestly call the whole thing “biere de garage” or “beer from the garage”, because that’s what it is; craft beer brewed out of a garage.

In the past, they’ve counted superheated volcanic rocks, submarines, and hashish made from hops among their brew-making toolkit.

- It’s a work in progress”, Jos Ruffel explains. “All the beers we make are about pushing boundaries, blurring the margins between styles—seeing what works.”

For them, the method is just as important as the resulting flavour, and they are definitely trying some odd things to keep their product line constantly changing.

Join us for an exciting Master Class with Jos Ruffel. We guarantee you will get a totally new perspective on beer ! You will also get to sample a few of their exciting beer projects. You do not want to miss out on this master class! 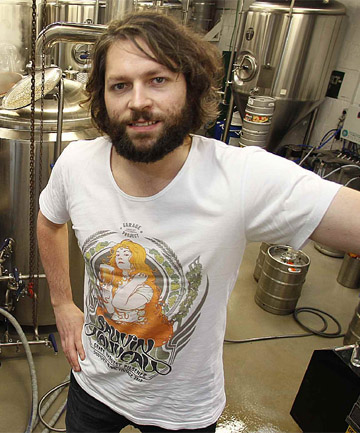